You are here:
Evenimente How might we conceive cross-border projects in the field of media and information literacy so that people in different countries work closer together?

This question was addressed to twelve media creators from Ukraine, Kyrgyzstan, Georgia and Moldova. In one day they had to build cross-border teams, brainstorm and come up with a feasible but also original idea. 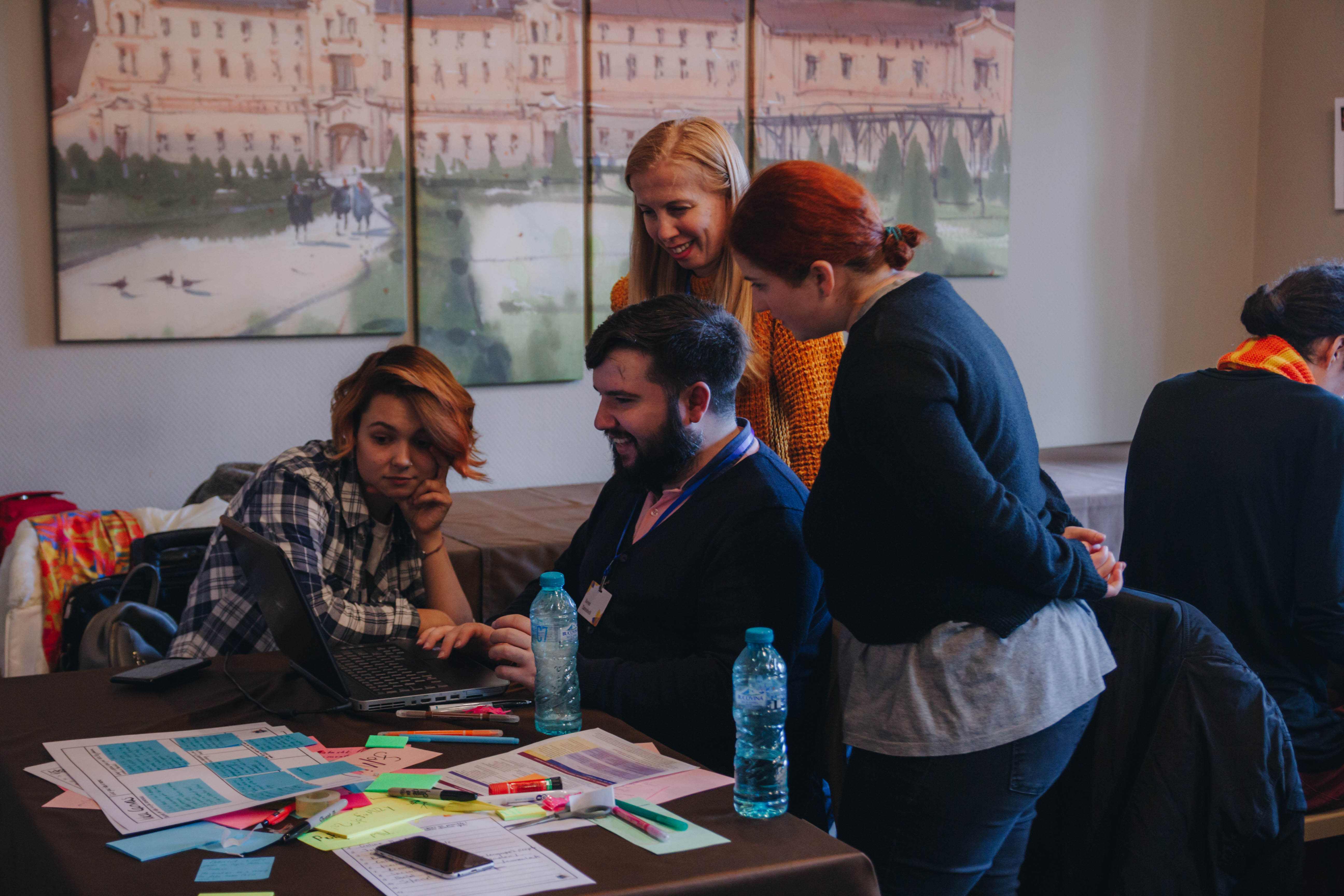 “I applied for participation with an idea of an online game to teach media literacy. Due to educational and interactive elements it can be easy to engage young people and show them how to spot misinformation”, says Piotr Garciu, freelance journalist from Moldova. He is happy with the first results, as his team members supported him and developed the concept of a video game “Super Medio” together.

Shirin Amanbekova from Media Support Center of Kyrgyzstan believes that youth work carried out in Eastern Europe and Central Asia is a key to media literacy. “Our idea is to launch an international media camp in which young people who are especially vulnerable when it comes to fake news could improve their critical thinking. We want to empower them to analyze and decide on their own, what to believe and what to doubt.”

Revaz Tateishvili from Ukraine thinks that propaganda is much more elaborate nowadays. “There are more shades of grey than black and white. That’s why young people need to adapt themselves, learn faster than it was before and involve older generations”, explains Revaz. His team is called “FaMILy” and it wants to ensure that youth together with their parents or grandparents could spend quality time together and even create short documentaries on media literacy topics.  “We need to reduce the generation gap by building communication and focusing on similarities as every age group is affected by the phenomenon of propaganda. The chemistry behind the teams

Cross-border initiatives can be a challenge as there are many differences one should keep in mind. “In Georgia, for example, we do not use telegram, but it is widely used in Moldova and Ukraine, there are many details like this we need to think through very carefully”, says Nana Rapava from Media Development Foundation in Tbilisi.

“But what matters most is chemistry! And we had it in our team from the beginning”, admits Nana. Together with colleagues from Ukraine and Moldova Nana developed a concept called “White Noise” – minidrama series on topics that concern media literacy issues like cyber security, fake news, how it affects people’s lives and shape their future. “We want to keep it short – max. 10 minutes for each episode. Now we are brainstorming and looking for the unique and real stories.”

Angela Kea, project manager of DW Lab believes that interdisciplinary teams play an important role when developing new ideas: “Everybody brings in his or her very unique set of skills. And of course we see that the participants also have a lot of fun working together”. At the end of the ideation phase one of the participants said: “We came as three individuals from three different countries and we go as a team.” A race against time

Time limit is essential for the creative process called ideation. There is no minute of distraction; it is action packed and very interactive. Mariam Mutidze from NGO Batumelebi appreciates the format. ”At Idea Lab your brain starts to work faster, the design of the final paper is also helpful. The trainers gave us all the necessary tools and advised to be as concrete as possible.”

“The short and strict format actually motivates you to work more and to create much faster, but the result is still raw and will need an additional development phase”, explains Revaz.

“There was enough time to become inspired and ideate. Still the most difficult task is to pitch, it requires mastery to find wrapping for the developed idea”, recognizes Piotr Garciu.

Time ran out and on Sunday evening DW experts, Angela Kea and Andreas Giefer were holding a usb stick with four pitches. Four teams had brief presentations of their concepts in a basement bar. It was a battle of ideas, with voting and sharing audience sympathy. It was the cherry on the top of a three-day event Youth Meets Media. Each team answered the questions from the jury and tried to prove that their idea is the most original and viable.

“I think parts of some ideas are definitely possible to implement and worth trying out. I believe all the four teams did a great job, but I would say some of them went a more unconventional way than others”, admits Angela.

By the end of the evening a winner was chosen. “White Noise” convinced the jury in the potential of their idea. But as the tension was eased some other teams did not stop thinking about the future: “We are interested in further implementation of the project. People I’ve worked with this week-end are really motivated. This motivation spread to me, maybe I motivate someone else and we get the opportunity to pursue our ideas without borders”, said Revaz Tateishvili. Idea Lab was part of the meet-up, Youth Meets Media, that ran February 14 – 16, 2020 in Chisinau, Moldova. DW Akademie had invited some 70 young media workers from Moldova, Kyrgyzstan, Georgia and Ukraine to get together and exchange ideas and experiences. Participants took part in workshops and trainings that focused on topics including social media and fact-checking, solution journalism and digital security, investigations and radio moderation. The event was part of a DW Akademie three-year project in Moldova, funded by the German Federal Ministry for Economic Cooperation and Development (BMZ). 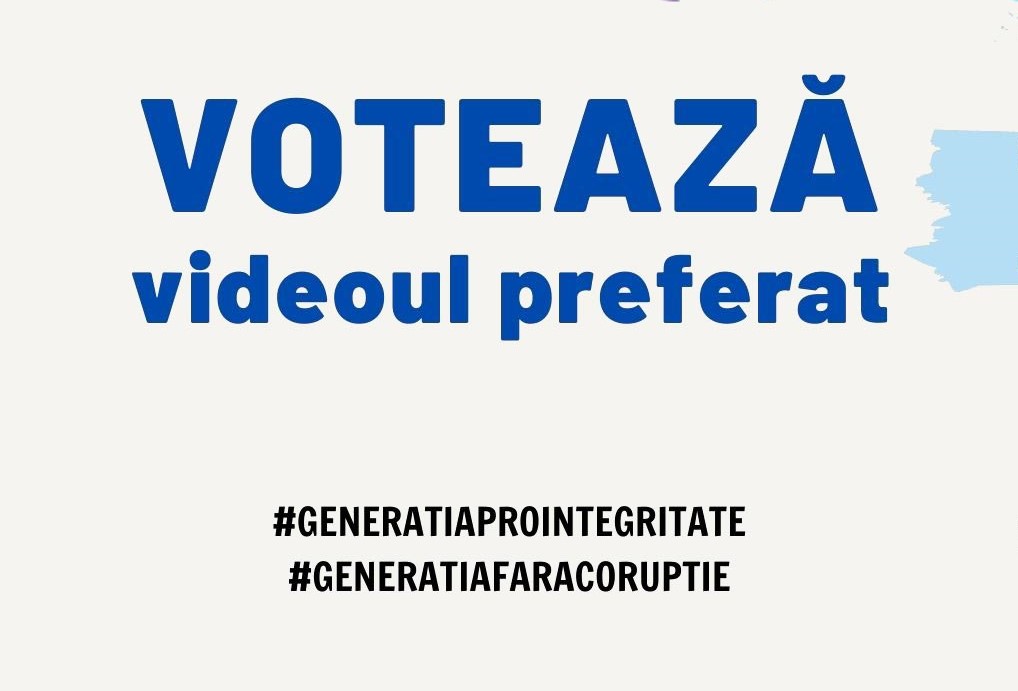